Kidney cancer is a type of cancer that affects the kidney, one of the organs of the excretory system. Cancer cells divide in an Uncontrolled and aggressive way and prevent the kidney from performing its normal function. The increase in the cancer cells creates masses in the kidney.

What are the Symptoms of Kidney Cancer?

Kidney cancer does not manifest itself in its early stages. In other words, it may have no signs or symptoms in early-stages.

When the patient begins to show signs of kidney cancer, it is usually noticed that the tumor has already progressed.

Some different symptoms can also be observed when kidney cancer metastasizes.

Kidney cancer staging reveals the size of the tumor and whether the cancer cells have metastasized. First, the stage of the cancer must be determined for being able to answer the question of whether kidney cancer is lethal. Determination of life expectancy in kidney cancer depends on the type, stage and metastatic condition of the cancer. Cancerous cells can spread to distant organs such as lungs, bones and brain. Such a case is called metastasis. If there is a metastasis, it should be defined and its grade should be determined.

T (Tumor): How large is the central tumor mass and where is it located?

N (Node): Has the tumor spread to the lymph nodes? If metastasis has been detected, what are the locations and number of the affected areas?

M (Metastasis): Which organs in the body have the cancer cells spread to, and what is the extent of the metastasis?

T1: The cancer mass is confined to the kidney. Its maximum size is 7 cm.

T2: The cancer mass is confined to the kidney. Its largest area is greater than 7 cm in width.

T3: The cancer has reached the connective tissue around the kidney. The tumor has not extend beyond the Gerota's fascia, a tissue envelope that encapsulates the kidney.

T4: The cancer has spread beyond the Gerota's fascia.

N0: The tumor has not spread to the nearby lymph nodes.

N1: The tumor has spread to the nearby lymph nodes.

M0: The cancer has not metastasized.

M1: Cancer has spread to other parts of the body beyond the renal area.

The stage of the cancer is determined by combining all these T, N, and M classifications.

Stage I: The cancer is confined to the kidney, and the width of the cancer mass is 7 cm or less. There is no metastasis to the lymph nodes and other organs (T1, N0, M0).

Stage II: The cancer is confined to the kidney, and the width of the cancer mass is greater than 7 cm. There is no metastasis to the lymph nodes and other organs (T2, N0, M0).

What is Stage 4 Kidney Cancer? How Long is the Life Expectancy?

First, the stage of the cancer must be determined for being able to answer the question of whether kidney cancer is lethal. Determination of life expectancy in kidney cancer depends on the type, stage and metastatic condition of the cancer. Kidney cancer staging reveals the size of the tumor and whether the cancer cells have metastasized.

When we look at the days years ago, a patient with stage 4 kidney cancer could survive less than 6 months with chemotherapy and drugs. In many types of cancer, surgical treatment is not preferred when the patient reaches stage 4.

In kidney cancer, on the other hand, we can perform the procedure we call the method of reducing the tumor burden. This procedure is the surgical removal of the diseased organ from the body, without completely eliminating the disease from the body.

If we look at the international data, we see that 15,390 patients with kidney cancer could be treated with medication; and that 5,374 patients among them underwent surgical removal of the cancerous organ.

While the life expectancy of the patients treated with surgical procedure was 7 months, the others were observed to survive up to 17 months.

The risk factors for kidney cancer should not worry immediately. Having some of these factors does not necessarily mean that you will get cancer. Some cancer patients may have none of these risk factors.

People who use tobacco products such as cigarettes are two times more likely to get cancer.

Male individuals are at 2 times higher risk than females.

Hormonal imbalances due to excess weight increase the risk of developing kidney cancer.

Long-term use of certain drugs may pose a risk of cancer.

Receiving dialysis treatment uninterruptedly due to kidney failure increases the risk of developing cancer in the kidneys by 4 times.

People whose family members, especially siblings, have cancer are at a higher risk of developing kidney cancer.

Exposure to certain chemicals such as pesticides, asbestos, benzene or cadmium-derived chemicals poses a cancer risk.

Depending on some lifestyle changes, it is possible to minimize these risk factors.

Cancer cells in the kidney can progress and reach the lungs through the body’s circulatory system. Cancer cells, which can metastasize through the blood vessels, can reach different points of the body. These diseased cells, which divide wherever they reach, cause the formation of masses. 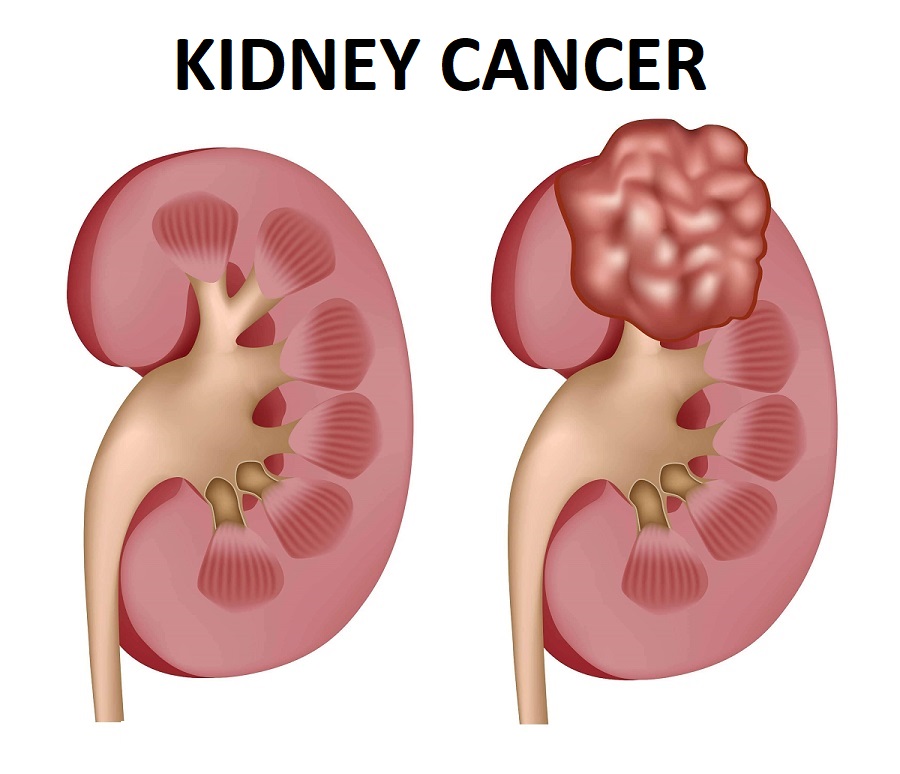 The Importance of Early Diagnosis in Kidney Cancer

Early diagnosis is of great importance in cancer treatment and saves lives.

We always state that early diagnosis is life-saving. Technology develops with each passing day, and makes great contributions to the field of medicine. Meanwhile, early diagnosis of cancer gets easier day by day thanks to the advancing technology, as well.

Social awareness about cancer also develops. However, 4 out of every 10 kidney cancers can still be diagnosed in stage 4. In today’s conditions, patients with stage 4th cancer have no chance to find a cure i.e. recover.

How long is the Life Expectancy in Kidney Cancer?

Kidney cancer is a lethal disease.

The life expectancy in kidney cancer varies depending on the size of the tumor and its metastatic condition in the patient's body.

If you are a kidney cancer patient and want to be treated with successful robotic-assisted surgical procedures, you can contact us without delay.

It's impossible to know the causes of kidney cancer clearly. The risk factors mentioned above are the conditions which negatively affect the kidney health, and which have been proven to be effective in the development of cancer.

Avoiding these factors, which have been proven to be associated with the development of cancer, can be recommended as the ways of protection from cancer.

Radiotherapy and chemotherapy are not performed in the treatment of kidney cancer. Surgery is the most effective treatment for kidney cancer. In surgical treatment, the choice of process and procedure may vary depending on certain factors:

It is necessary to diagnose the cancer in an early stage, and to remove the tumor tissue with the right surgical intervention technique before it spreads. Today, 4 out of every 10 patients are diagnosed with cancer in stage 4, i.e. the last stage.

If the kidney cancer is in its last stage or is progressing towards this point, the entire diseased kidney is surgically removed with radical nephrectomy. If there is no such an advance cancer, partial nephrectomy is performed, which is a surgical procedure that involves the removal of only the cancerous part of the kidney.

Importance of Diagnosis and Identification for Treatment

As in every cancer disease, early diagnosis is of great importance in the treatment of kidney tumors. The earlier the disease is diagnosed, the higher the success rate in treatment is achieved.

Kidney cancer is usually diagnosed incidentally. Mass formation is observed in the kidney while individuals undergo ultrasonography for other reasons.

Diagnosis is also made by THE computed tomography (CT) and MRI imaging methods.

In robotic surgery, the specialist physician accesses the kidney through small holes with the aid of a robot, and removes the cancerous tissue by making movements that human hands cannot do. Since no surgical incision is made on the patient, it causes no bleeding and allows for rapid recovery.

The experience of the urologist in endoscopic surgeries is a major factor that affects the success rate. In terms of his/her health, it is very important for the patient to be treated by a physician who has an international certificate of expertise in robotic surgery.

How is a decision made on the amount of the renal tissue to be removed?

Is every mass seen in the kidney cancer?

In order to see whether the detected mass is cancerous or not, a staining test is performed using an active substance. If this mass responds to the test by changing color when viewed, it is very likely to be a cancer mass.

In order to definitively diagnose the mass as a cancer mass, the mass should be surgically removed and examined in a pathology laboratory.

How we know whether the cancer has metastasized?

Contrast-enhanced computed tomography or MRI is used in the diagnosis of the cancer.

Lung metastasis is most common among cancer metastases. Therefore, lung CT scan is performed on the patient.

Whole body bone scintigraphy is performed on patients who complain of bone pain.

If the patient has neurogenic complaints such as headache and dizziness, cranial (brain) computed tomography (CCT) is performed.

Does it work to remove the entire kidney in cases where the cancer has metastasized?

In cases where the cancer has metastasized, the entire kidney is removed if necessary. After the removal of the organ, which is the main center of cancer cells, other metastases in the body are likely to regress.

Are there treatments alternative to surgery?

The cancer may begin to grow again after alternative treatments other than surgery.

Is it possible to follow up the mass without surgery?

The annual growth rate of malignant masses in the kidney is 0.6 cm on average.

If the mass is small-sized, and if the patient's health condition does not allow for surgery, the cancer mass is followed up.

Cryotherapy (freezing) or radiofrequency ablation can be performed if the mass being followed up grows suddenly.

Can the masses, which do not grow during the follow-up period, be considered to be non-cancerous?

When the mass detected in the kidney and followed up does not grow, it cannot be considered to be non-cancerous. This is because some cancer masses may tend to not increase in size. Cancers in the kidney, which do not change in size, can spread to other organs and tissues.